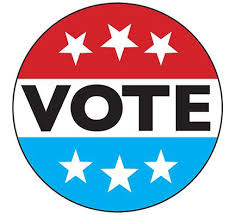 More than 900 Habersham Countians are on deadline.

According to the “use-it-or-lose-it” Georgia law that states voter registrations which have been inactive for five years will be canceled, the Dec. 3 special runoff election for District 5 county commissioner is the last chance Habersham Countians on the “inactive” list have to vote to be considered active.

The Northeast Georgian compared a list released by the Georgia Secretary of State’s office of Georgia voters in danger of being removed from the rolls due to inactivity to a numbered list of voters who participated in the Nov. 5 general/special election that also came from the SOS.

Ultimately, this comparison showed none of the approximately 956 Habersham Countians in danger of being removed from the rolls participated in the Nov. 5 general election.

According to a press release by the SOS, the update of Georgia’s voter file is routine and legally required by federal and state law in order to ensure the state has the most up-to-date voter information. In the state, it will reduce the size of the voter roll by 4%, or by 313,243 registered voters.

Secretary of State Brad Raffensperger stated in the release the full list was made public to ensure people who are still eligible voters can update their information. However, many of the voters on the cancellation list have not voted or registered to vote since before the November 2012 election.

Georgia Law, which Gov. Brian Kemp updated earlier this year, states inactive voters who don’t participate in elections or make changes to their registrations for two general elections after being declared inactive would get a final letter to the last known address notifying them of the cancellation if they do not respond.

The release states the inactive voter then has 40 days to respond to that letter, update or change their voter registration online or cast a ballot to move into active status and avoid having their registration canceled.

“The SOS mailed out the notices on Nov. 6,” said Habersham County Election Supervisor/Chief Registrar Laurel L. Ellison. “Voters have until Dec. 16 to update their voter record. If they vote in the Dec. 3 special runoff election, that will place them back to an active status.”

In no way, however, does an inactive voter’s registration status impact their ability to re-register to vote ahead of any elections in 2020.

Voters may cast ballots Tuesday, Dec. 3, from 7 a.m. to 7 p.m., at their assigned precincts