Thompson learned of her selection at the tournament banquet the night before the competition began.

Thompson was born in Marietta, but moved to Habersham County in elementary school. She attended HCHS from 2014-17 and played for Head Coach Lindsay Herrin throughout her four years as a Lady Raider. During this time, Thompson was also a member of the Aces club team in Clarkesville, coached by David Provine.

“That was a pivotal part of my early volleyball experience,” Thompson said.

In her time as a member of the Lady Screaming Eagles, Thompson has seen her career reach greater heights each season. In her sophomore season, Thompson was selected as a 2nd-Team All-American, as well as a 1st-Team All-South Region selection.

Going into this season, Thompson said she had higher goals in mind. She began preparing to accomplish those goals before the season even began.

“I really just wanted to make sure that my head was on straight, so I was focusing on the season and getting ready,” she said. “We started a week before our first game.”

While working on her own game and skills, Thompson said she worked equally as hard with her teammates, as volleyball is a team sport, she said.

“I wouldn’t be able to do anything without the other girls,” she said. “We were all just working together as a team getting ready for our games.” 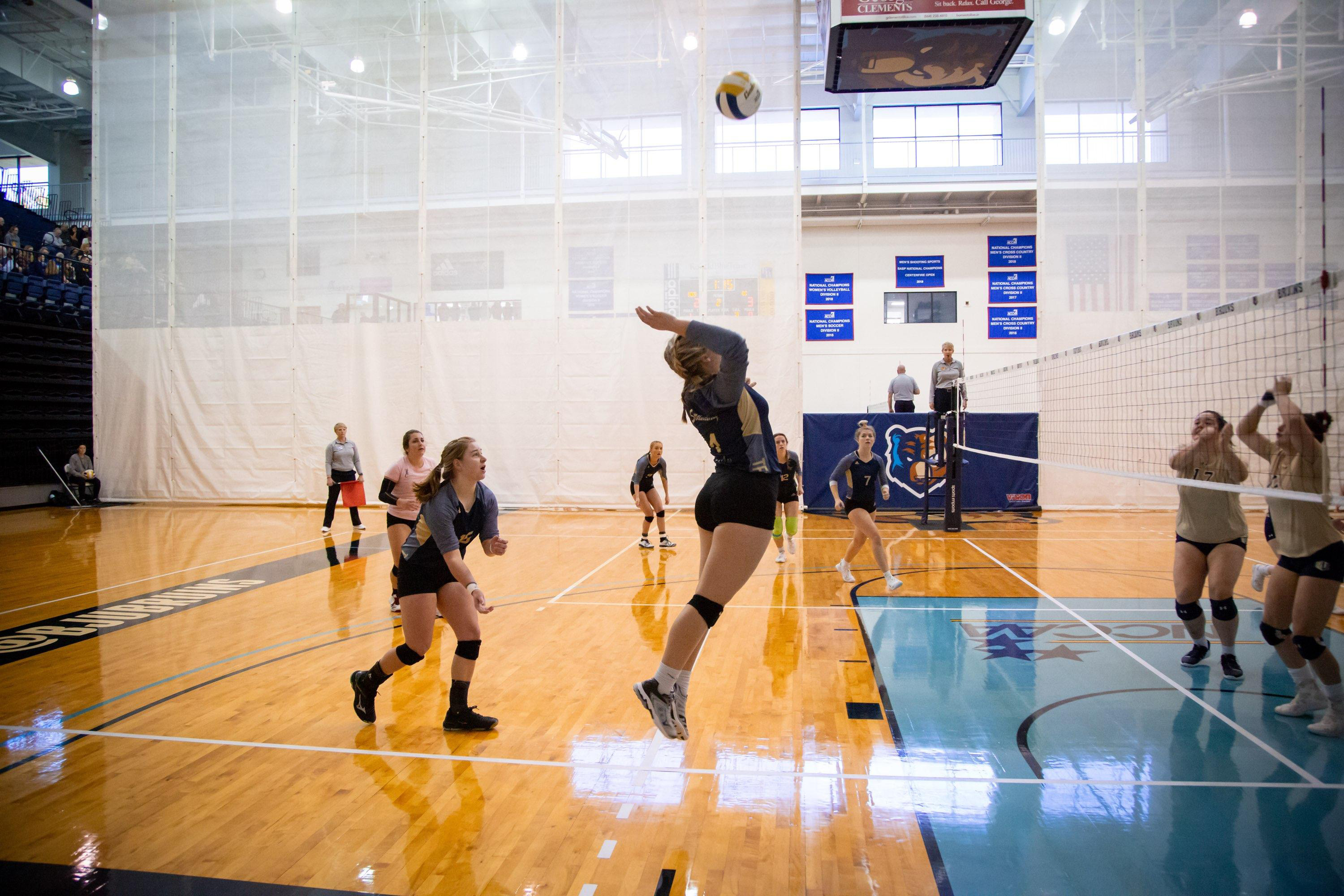 The season was a successful one for Thompson and her teammates, as they went 13-13 in the regular season. After losing to Pensacola Christian College 2-3 in five sets in the NCCAA D-II South Region Tournament Nov. 8, the team advanced to the National Tournament, which was held Nov. 20-21 at Bob Jones University, Greenville, South Carolina, where they ultimately saw their season end.

Overall, Thompson was pleased with how the season played out for her team.

Going into the season, Thompson said she had a goal of being a 1st-Team All-American selection. The night before the tournament as the 2nd-Team selections were announced at the banquet, she wondered why her name hadn’t been called yet.

“It was kind of iffy,” Thompson said. “I was kind of like, ‘Oh, I got second-team last year, am I not getting anything this year?’ But then, I was really hopeful that I had met my goal as being selected to the first-team.”

Coaches from other teams make the All-American selections, which made Thompson feel good, as she knew they saw the best of her abilities in competitions against her and her team.

As a middle hitter for the Lady Screaming Eagles, Thompson’s numbers are astounding, especially considering her size disadvantage.

“You have to be smart as a middle hitter, especially for me, since I’m a short middle hitter,” Thompson said. “I was good at finding the open corners and being able to put the ball there – not necessarily swinging as hard as I could every time.”

With her junior season now over, Thompson said she’s already begun thinking about how to improve her play for next season.

“I would love to improve in every aspect,” she said. “Blocking, because I’m shorter, is a little harder for me. Improving that would help to make everything better all-around. Since I’ll be a senior next year, I also plan on working to be a leader on the court.”

As far as her goals for next season are concerned, Thompson has a few in mind.

“I would like to make first-team again and hopefully be a higher pick by the coaches,” she said. “Also, being a better leader on the court. I want to be able to pick everyone up when they’re down.”

Last, but not least, Thompson would like to make a fourth-straight trip to Nationals.

“But I want to go further in the tournament,” she said.

Thompson said her volleyball schedule conflicted with that of the Lady Raiders this season, which made watching her former team compete a challenge. But before HCHS went to compete in the state tournament, Thompson was able to see them.

“I got to spend a little time with them and watched the girls practice,” Thompson said, adding she got to speak with the team before they departed. “I just kind of told them how my team had been at the national tournament before and played really hard teams and that when you’re at a tournament like that, everyone is going to be playing their best game, so you just have to stay up, communicate and not get frustrated with each other.”

Whether on the court or in the classroom, Thompson’s aiming high – and getting there.