Finding a way in folk art

Amy Sullivan graduated with a degree in law, and was at the top of her class. She then obtained a high-end job in Atlanta as a corporate real estate lawyer after graduation and got “swept away into corporate America.”

But something was off.

It was during the recession, when real estate began slowing down, that Sullivan began to reflect on herself and the life she was living. She attended therapy sessions to find help in deciding on what she should do. At the time, she knew she wanted to do something outside of a big law firm, whether that be a non-law job or a law job in a small town.

Sullivan eventually quit her job as a real estate lawyer, after giving a month’s notice, because she knew the people around her weren’t her people.

“I needed to go figure out who my people were,” Sullivan said.

In April 2016, Sullivan opened her art shop, The Pig and The Poppy, on the square in Dahlonega. Her mother, Liz Sullivan, was the inspiration for her decision to dive into the world of folk art. An established folk artist in Asheville, North Carolina, her pieces of art can be seen at The Pig and The Poppy.

Sullivan finds inspiration for her artwork within the community around her. She typically draws two-dimensional animals, such as pigs and roosters. An animal that makes frequent reappearances in her artwork is Earl, her 16-year-old tabby cat. Earl is inspiration for many of Sullivan’s folk art pieces.

In September 2018, Sullivan’s shop, The Pig and The Poppy, moved into Canvas and Cork, a wine tasting room and art gallery, located on North Meaders Street in Dahlonega. She now spends most of her time in her studio, painting, and enjoying wine in her pink pig-themed wine glass.

And it appears she’s found her people. 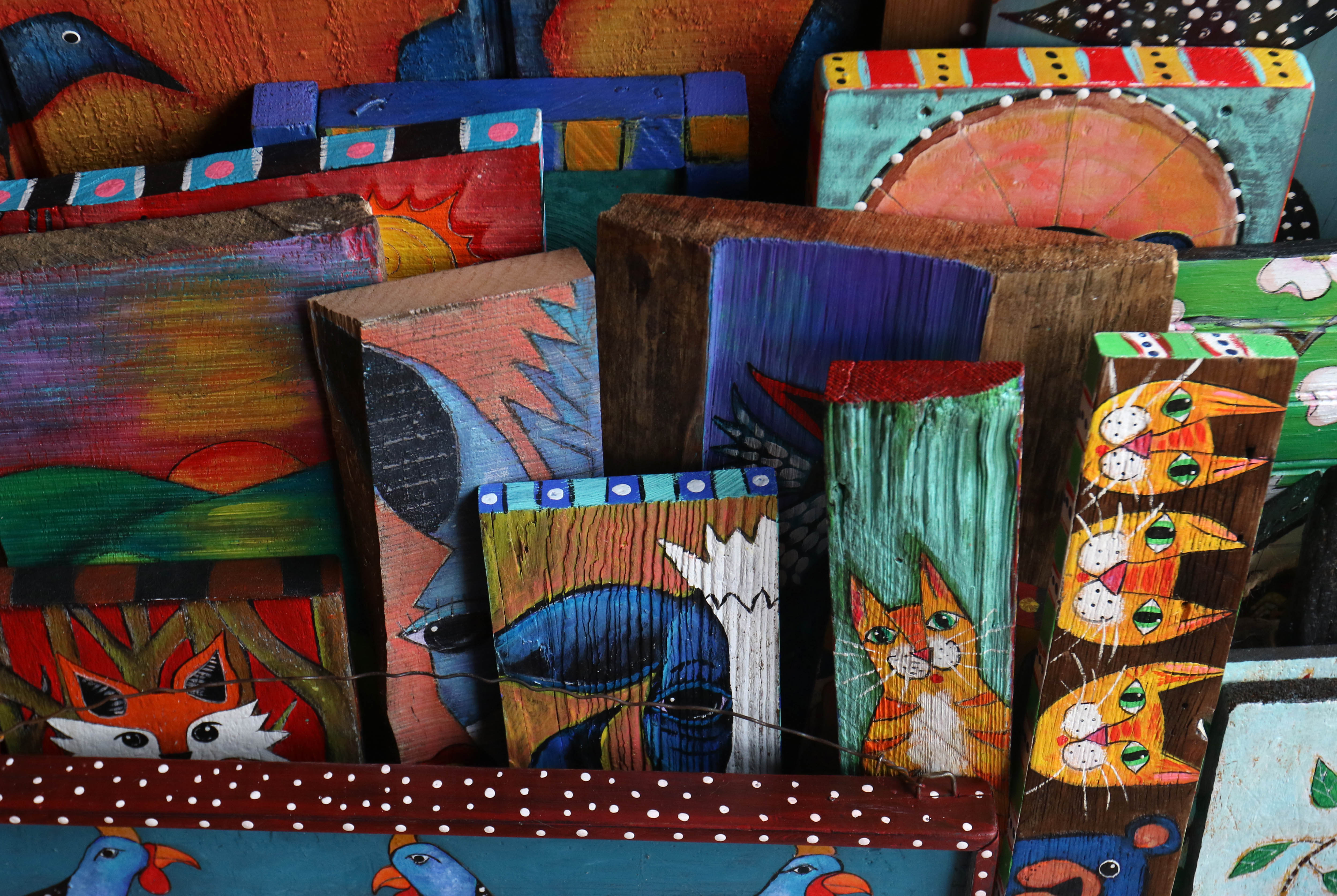