Following another heartbreaking loss at the hands of Winder-Barrow High School last Friday, the Habersham Central High School (HCHS) Raiders took to the practice field for the final time this week as they prepared for their last game of the season, which they’ll play tonight against the Apalachee High School (AHS) Wildcats in Winder.

“You want to finish well,” he said. “You can’t control things in the past and you can’t dwell on things that happened in the past, all you can do is learn from them. We talked about finishing this year off strong and finish it the way we want to. In order to do that, we’ve got to prepare well.”

Despite the lingering emotions of their 41-40 loss to the Bulldoggs last week, Harrison said the Raiders wiped the slate clean and came out to practice this week in good spirits.

“I think they’ve done good,” he said. “I think [the game] was on their mind Monday – a little disappointment in how we lost Friday and how much that game meant to us, but they’ve adjusted and I think they’ve put it behind them.”

Harrison said the Raiders want to go out as winners in their final game.

“We want to do that for the seniors and our younger guys want to do it to build for next year,” he said. “We’ve had a good week of practice.”

For those senior players, this week marked the final week of practice for their high school careers. After Thursday’s walk-through, those seniors will put on the shoulder pads and helmets for the final time tonight.

“I told them just to enjoy it,” Harrison said. “It’s a special time, so just enjoy it and take it all in. You’ll remember these times forever.” 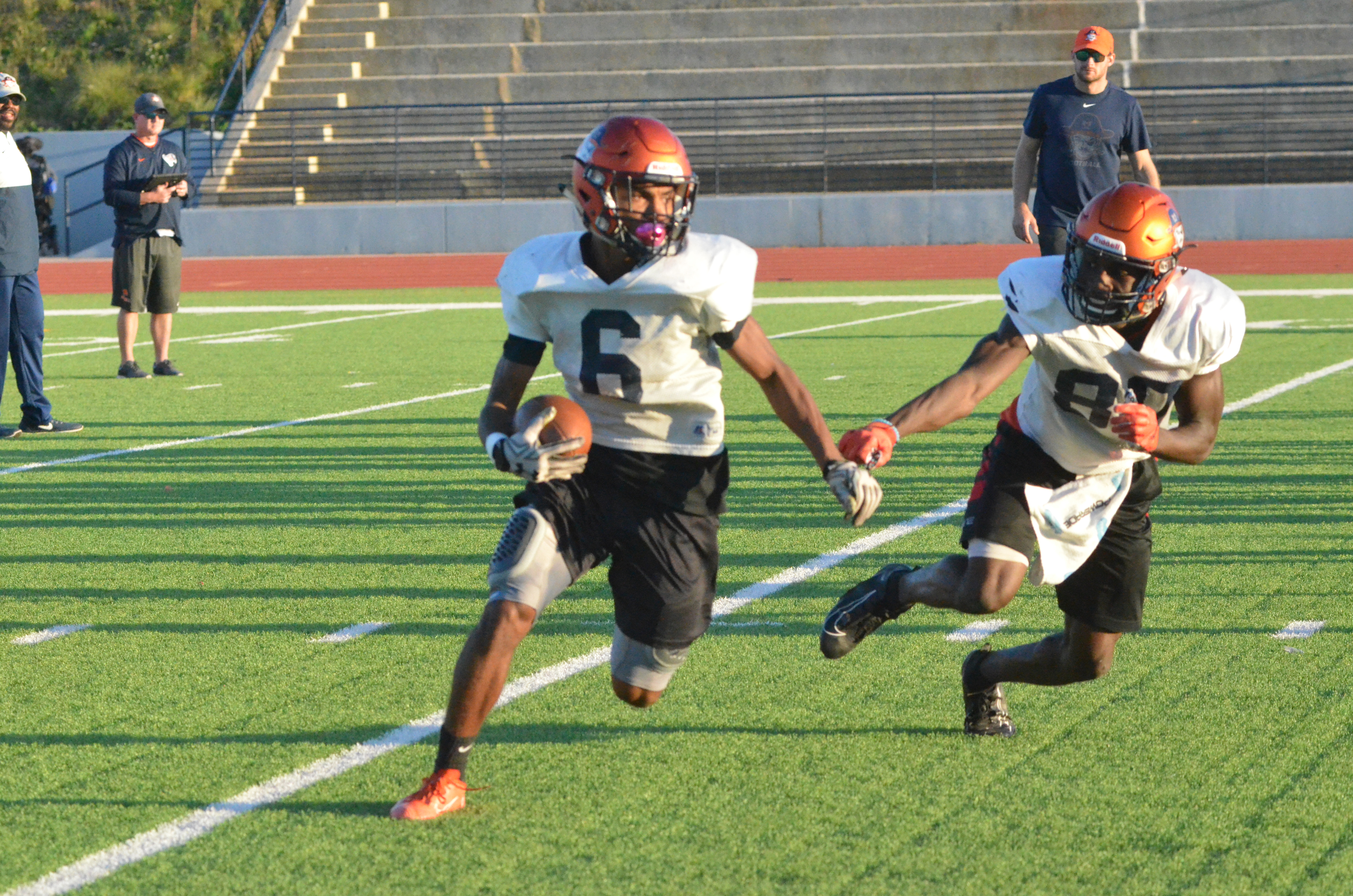 Coming into tonight’s game, the Falcons boast a record of 2-7 overall and 0-4 in region play. Despite neither team having a chance at making the playoffs, both will be just as eager to end the season with a win.

“Offensively, I think they’re pretty good,” Harrison said. “They’ve got some guys that can run and because of what they do offensively, you’ve got to be disciplined.”

Harrison added the Wildcats’ offense has a lot of moving parts, so the Raiders will have to be sound in their approach, defensively.

“We’ve got to be really good with our eyes and keep them in the right spot,” he said. “If we do that, hopefully we can play good defense.”

“Apalachee runs a wing-T offense and has athletes who can run the ball, as well as sling it around,” he said. “If we don’t play fast and tackle, they will hurt us on defense.”

Defensively, AHS is pretty sound, according to Harrison.

“They don’t do a bunch of crazy stuff, they just line up and play ball,” he said. “They try and make you drive the ball on them. They try to eliminate big plays and force you to try to go on long drives, so we’ve got to be patient, to some degree, along with being physical and winning the line of scrimmage.”

Going out with a win tonight will set the tone for the next season.

“It goes a long way,” Harrison said. “You don’t want to finish the wrong way, you want to build some momentum going into the offseason.”

The Raiders have been victims of close losses this season, but getting a win in their final game may be key to having the opposite occur next season.

“I think if you can go out winning, you realize how close you were and it motivates you to try to find those close victories next year,” Harrison said.

For Rogers, getting a win tonight is just as important as any other week, but echoed Harrison’s comments on momentum.

“This week is important because it’s the next game,” he said. “Anytime we have the opportunity to play football, we want to put our best foot forward. We always want to finish on a positive note, because this will help carry momentum into the offseason.”

On Wednesday, Harrison told his senior players to give it everything they had in their final game wearing the blue and orange.

“The big thing is play hard, control how you play, have fun, take it all in and play well,” he said. “We tell them to play every game like it’s their last game, because you never know. Obviously, this really is. Have no disappointments when you leave the field, know that you laid it all on the line and enjoy being with your teammates one more time.”